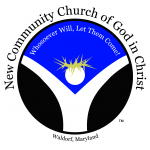 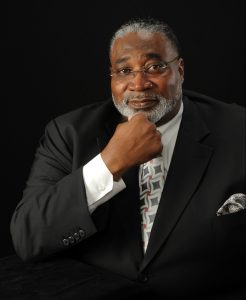 Superintendent Willie R. Hunt was born on January 27, 1958, to Mr. and Mrs. Willie Hunt of Rochester, New York. After graduating from high school in May 1976, he served the next eight and a half years in the United States Air Force. Pastor Hunt married the former JoAnn White in May of 1977.

In February 1990, Superintendent Hunt accepted the call and the name of the ministry New Community Church Of God In Christ, along with the motto "Whosoever will let them come." On March 14, 1990, the church was launched. That evening 20 new members joined. Within 60 days, the church membership had increased to overcapacity in their small home.

Shortly after that, Pastor Hunt and the New Community Church family join the Great Maryland First Jurisdiction under the leadership of Bishop D. W Spann.

In June of 1992, the Lord spoke to Pastor Hunt and told him that He was again going to bless him and instructed him to go into "uncharted areas," in August

that same year, the Lord spoke and said, "Go to Charles County, Maryland." God lead him to 3040 Leonardtown Road. There, they carried out the work of the Lord for 8 1/2 years. In October 2000, God opened another door for ministry expansion, leading them to 12435C Mattwawoman Drive. For six years, five months, and one day the ministry continued to thrive and assist the community. On February 16, 2017, God worked another miracle! New Community moved into its current place of worship, 3480 Catterton Place. God did "exceeding abundantly above all that we could ask or think."

Today, Pastor and Elect Lady Hunt are blessed to have three loving children: Maurice, Michael, and Kimberly; two God-given daughters-in-law: Alaina and Latashia; and their four beautiful grandchildren, who are so proud: Simone, Stephen, Shane, and Salena.

Other Duties and Accomplishments